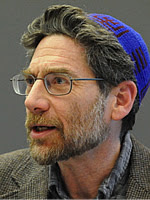 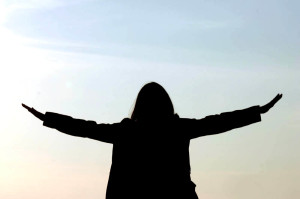 Thus the Sh’ma became the final declaration of love and devotion to God, spoken by faithful Jews at the time of their death, whether by natural causes or as martyrs. Even in the bitter moment when God has refused to answer our prayers and grant us more life, we are called upon to love God with everything we still have. And so many Jews over the years have fulfilled that commandment, with all their hearts.

Moses, who composed the text of the Sh’ma, himself, is one such example. He begins this Torah portion – a portion always read on the Shabbat of Consolation (Nahamu), after Tisha B’Av – lamenting that God did not accede to his prayers so as to let him live a little longer and enter the Promised Land. He is sentenced to die on the eastern side of the Jordan, never to cross over into Israel.  Yet he calls on us all to whole-heartedly love God.

Before he dies, he performs one more official act. He designates three cities, on the side of the Jordan where he will be buried, to serve as sanctuaries for people fleeing from their pursuers. The Rabbis were puzzled by this act. They believed that the refuge-city system did not take effect until much later, after the Israelites had entered the land and additional cities were allocated to the western side of the Jordan, the main territory of Israel. Why, then, they asked, did Moses trouble himself to do something that would not really have any effect during his lifetime? They imagined that Moses said: “A mitzvah has fallen into my hands. How can I not do it immediately?” (BTMakkot 10a, quoted by Rashi and Nahmanides to Deut. 4:41)

I recall this teaching when I think of a former congregant of mine, a very special person, who died this year right before Passover, after a hard battle with cancer.  She was taken care of by her adult children at home and her daughter recounted this story at her funeral: On the morning of her death she dragged herself out of bed and shuffled to her desk. She wrote something and placed it in an envelope to be mailed. Her daughter cried out to her, “Mom! What are you doing?” And her mother answered, “I am filling out the form to sell my chametz. I will not be able to clean and prepare for the holiday, and I will not live until the seder. But I can still at least do this one thing for Pesach.”

These are the words of Moses – “A mitzvah has fallen into my hands. The least I can do is fulfill it before I die.” Here was a person who could not stop herself from preparing for a holiday that she knew she would not live to see. These are the words of a person who could not refrain from performing that seemingly unnecessary act, for, even as God took her soul, a great love filled her heart, her soul and her last ounce of strength.